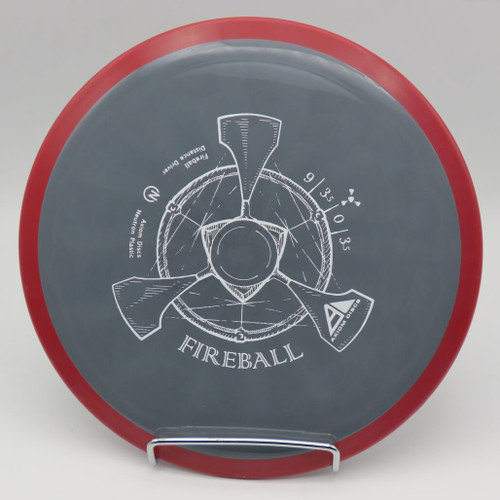 The Fireball is overstable and wind-resistant like the MVP Motion but has an overall straighter and longer flight profile. The Fireball has a longer forward push during its early stage of fade, where the Motion would have begun a long gradual fade. At the end of its flight, the Fireball will drop later and more abruptly than the Motion.